Hit enter to search or ESC to close

Here’s the best of cool stuff that has to do with the mail order business and packaging of the electronic magazine and book side of the business. 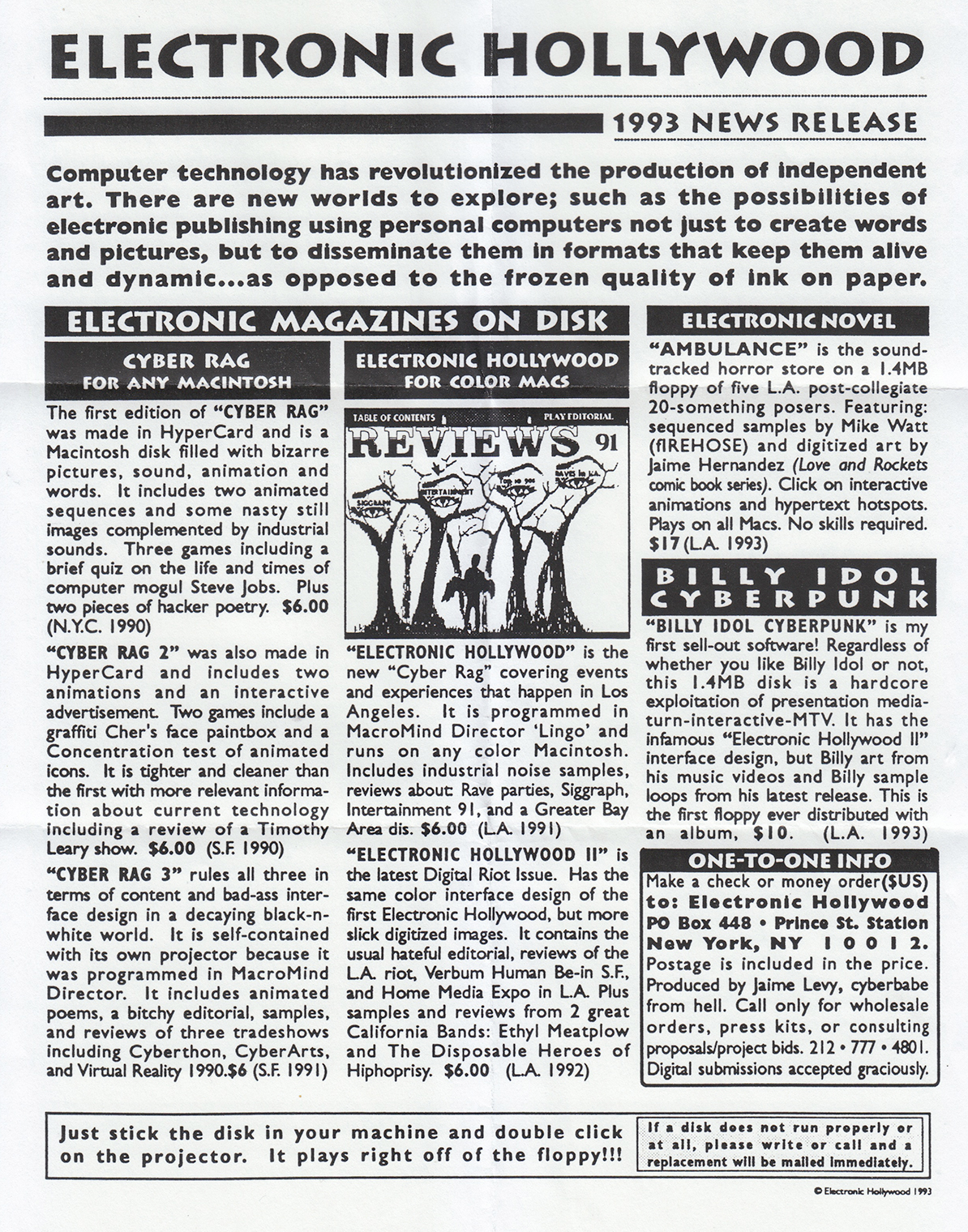 This is the 1993 newsletter that was distributed with the floppy disks when I sold them between 1990-1993. It is included in the boxed set of reproductions of the series. It describes what is on all the disk magazines and also talks about my electronic book Ambulance and the disk magazine Cyberpunk that I did for Billy Idol’s album.

Get the UX Strategy Toolkit

Please fill this out so we can send you a link!